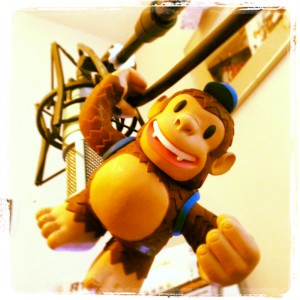 For as long as I have been writing about DIY music business, I always said how important is an Email list for musicians. I was there when MySpace was the big thing, built my bands following, put ridiculous hours in it. Then almost overnight it was gone… It was like logging in to your account and watched tumbleweed roll by. Then came Facebook and Twitter and the game to build your following was on again! So we spent years building a following. Then Facebook changed the rules. And now when I post to my over 3000 followers I am lucky if 10% will see my post. “Sure you can reach more” they say, “but only if you pay” they say.

But if I sent an Email campaign to my Email list, it’s a different story. I know people will receive my messages. And it is up to them if they want to open and read what I have to say, not some algorithm that was designed for the Facebook to make as much money as possible. And my open rates are actually very high, nearly double of the industry standards 😉 I put this down to good content and not sending campaigns too often.

But let’s look at it this way. When I was young, most of us worshipped TV. We watched it most days a week. Most houses only had one, so the whole family gathered around to watch it. Then the internet came along and slowly but surely TV started to lose its grip. The TV channels put up a fight. They started to show more shocking shows, they tried to involve us with voting, reality TV shows, talent competitions, more shocking news and more adds to recoup the lost revenue. Only in the past 5 years have the networks started to fight back with large budget productions that can almost compete with films. But is it too late? We already adapted the habit of watching most of it online… So I find myself watching TV less and less these days. I am sceptical of the news and the constant advertising takes away form the escapism that I used to use TV to switch off my brain at the end of the day.

And what has this to do with Email lists? Well… it has to do with Facebook. That’s where it is going. We got used to it, we got addicted to it, and now Facebook which adds to show us and which of our friends’ posts get filtered in between the ads. So I personally don’t check my facebook news feed more than a quick glance once or twice a day, whereas three years ago it would have been more like every few hours. I still use Facebook. I still contact people directly or visit their pages or profiles. So am I just an exception, or are we all going to go that way eventually? Most of my information I now get through Email lists I have signed to. And people in all fields seem to be moving more towards this lately.

The thing is, Email list was always the most powerful way to contact people, but in the future it could be the only sure way. Build an email list, provide good content, something people want to hear, read or watch. Don’t spam, you can promote, but do it in a nice and tasty way and people will appreciate it. And you will lose subscribers along the way as well, but that’s the beauty. People have a choice! SO what you will end up with is a core list that really are looking forward to hearing from you.

So pick a service, the biggest player in the business is Aweber, but they are paid service. Where as I would recommend you start with Mailchimp. Their service is free for the first 2000 signups. But also their paid options after that are reasonable and the tools that come with it, are great! Set up a signup page and I highly recommend you give a few songs for free to everyone who signs up to your mailing list. This can be all done through Mailchimp and it will speed up your list growth. Now don’t over think, just do it!