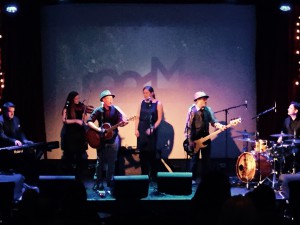 It was a sunny Thursday evening in Dublin town. I was just back from Poland the day before. I found a quiet corner at the back of the Kehoe’s Pub and treated my self to a nice pint of Guinness, my first one since my return 🙂 I was waiting on my friend who was stuck in a delayed train. And had few minutes to my self to write another blog post. It’s hard not to like sunny Dublin.

We were on our way to the Sugar Club, where The Blood Red Mountain Band were releasing their new single “All the Times”. I have little bit mixed thoughts about the Sugar Club as a venue. It is an old cinema, and has definite charm about it. The venue is fully seated, except the bar area. The sound system is little bit out dated and there was definitely some sound issues during the support acts. A night built around country and singer-songwriter acts you need clear vocals. But that’s just me being picky 😉 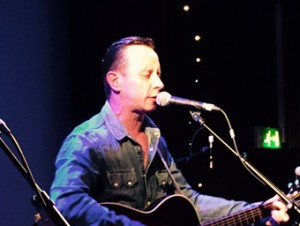 The Blood Red Mountain Band was out in force. They are five piece band with two guest musicians on the night. Even though I know some of the members of the band personally, I am still surprisingly clueless on the details of the band. The Blood Red Mountain Band are: Mark Flynn- guitar, vocals; Joeby Browne- Bass, uke and vocals; Alison Byrne- vocals; Dave Keegan- Drums; and Sarah May Rogers- Fiddle and vocals. 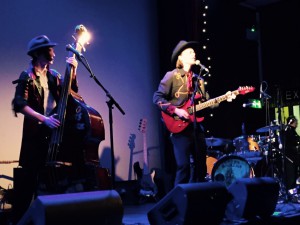 To my understanding Mark is the main songwriter in the band. I was lucky enough to get a sneak peek of their new album that I believe is scheduled for September. So I was fully aware they have some well crafted songs in their repertoire. And what they are exceptionally good at are the harmonies. Four of the band members were singing all through out the night, and the harmonies were well-arranged and tight.

The Blood Red Mountain Band came well prepared and deliver very enjoyable night of music. And what topped the night was the fact that their new single reached the number one on the Irish iTunes country charts. Well deserved achievement, and I’m sure sign of things to come.

Check out their new single HERE