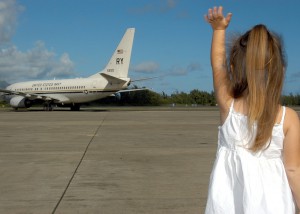 Back in 2008 Ireland fell into recession. The so-called “Celtic tiger” had its day. Reckless spending from the banks, out of control property market, greed and government inability to react in time had left Ireland vulnerable and exposed. And when the global financial crises happened, Ireland got hit hard.

Today the government like to shout out loudly how Ireland is out of recession and how the country is doing well. Still there has been a wave of emigration out of Ireland in the past four years that has not been seen since the famine. The homelessness is at all time high, property and rental prices are rising at an alarming rate again, the cost of living is going through the roof.

Sure we all like to travel when we are young. We like to see the world, experience different cultures. But to emigrate out of your own country just because you don’t see a viable future at home? That is a different story all together. I emigrated to Ireland 19 years ago, but my reasons where little bit different. My only passion at the time was music and back then I just did not see future career in it back in Finland. I never looked back, it was one of my better decisions. With in a year I was playing regularly and fast became a full-time musician. Since then the music business in Finland has expanded massively and there are many musicians making their name in the global market.

But to think that highly qualified people either don’t have jobs, or the cost of living makes it almost impossible to build their own life, is what I am talking about in this weeks song “Do Your Best”. Most of these people plan to go abroad to make money and return later to settle back home. I travel a lot through my work, I talk to a lot of Irish people living abroad. Most of them thought about moving back at some stage, but too often the standard of living, work-life balance, healthcare, child care, property prices… All of these things just make it impossible for them to justify the move back home. And a generation of grandparents need to take a flight to see their grandchildren.

So that’s the story behind this weeks song. I’d like to thank my Twitter followers here as well. They have become during the recording of this album a bit of a sounding board for me 🙂 Any doubts I had, I get swift responses from you guys. This song was one I recorded with a plans of great arrangement, but after recording the acoustic guitar and the vocal, it just sounded too good to mess around with. I was little bit hesitant as the song in its acoustic form ended up being bit on a short side, so I talked about my concern on Twitter. And the good people set me straight 😉 A lot of the music from the sixties I like never made it past the three-minute mark. This is a living proof how we sometimes let preconceptions affect what we do, instead of going with our feelings. Thank you for setting me straight 🙂