The air that we breathe 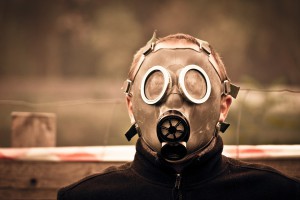 Let’s imagine for a minute we are… let’s say 30 years in the future. The world we live in has gone despite all the efforts in the public eye, to the dogs. The air we breathe has become so polluted that if we breathe it as it is, we inevitably get respiratory infections. We are being told it was the cars, but the truth that the heads of our industrial machines will hide to the best of their abilities, it was the factories and their irresponsible carbon dioxide emissions. The truth is well disguised, as the same multi billionaires who own the factories, own the media. Privatisation went wild in the later parts of the second decade of our century. The pressure from The International Monetary Fund has forced governments around the globe to get rid of most of their infrastructures and private sector provides us with everything. The governments who try to look like they are in still in power, have become just pawns on the chess board of the super rich and the private sector dictates the price of everything.

There are ways to improve the situation (atomising sea water for one), but there is more money to be made in air purifiers for homes and in filter masks and portable oxygen dispensers. The government does not supply these, as you guessed the private sector is in charge. The air that we breathe has become profitable commodity, that the shareholders of the companies profit from. Those of us who can, will pay as we have no other choice, some of the poor who cannot afford it, are subsidised to an extent by the government from the tax we pay. The ones who fall outside the two, will try to get help from charities, or die at a younger age from respiratory infection or cancer.

That is a pretty bleak picture, isn’t it? Well today once again people of Ireland protested over the newly introduced water charges and the privatisation of Irish water. Many people around the world are wondering what are the Irish moaning about, we already pay for the water… The thing is, Ireland is the testing ground for privatisation of water worldwide. And right now Irish people are the only people standing in the way of this happening. The world should pay attention, as this is coming your way. And if we let it happen, what next? The air that we breathe?