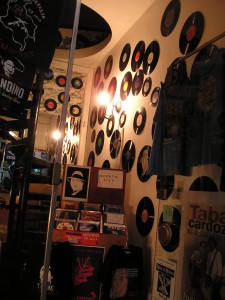 It is getting close to the end of October 2014 and Soundscan third quarter report reveals a bleak facts about the state of the major label money churning machines. So far, not a single album released in 2014 has hit the magical sales figure of one million copies. Last year at the same time there were five albums that had hit the one million mark. Digital album sales are down 11.5% and CD sales, which is only about a tenth of the download album sales, fell down 18.9%

I could imagine these are alarming figures to the major labels, but at the same time Spotify has been growing in popularity immensely. I predicted in my past posts that streaming services will be the way we consume music in the near future and the current data seems to confirm this.

There are another few aspects to take into account here as well. The independent labels have a 35% market share. Also Soundscan report albums sold in retail and online shops, not albums sold by the artists (like yours truly) directly from their websites. The independents are not in the business to churn out millions of albums, and many of them also sell albums at their artists’ shows.

So should us independent artists freak out? Should we run in panic? No! These figures are hitting the part of the market most of us will never see. The major labels though should freak out big time. When the album sales started to decline, the first thing that the major labels started to cut back was artist development. They turned the industry into a soulless factory that throws out a soulless artist that sounds exactly like the one before. They started to treat the business as a quick turnaround business, rather than thinking in the long term. The artist development has been left to either the independent labels or the artists themselves. And the ones who create enough buzz around them and start selling units, the major labels then try to get their hands on.

But for us independent artist think the most important lesson here is to look ahead. Keep doing what works, but at the same time keep an eye on where people are listening to their music and make sure your music will be available there. I strongly believe the grass roots and underground is where the future of the music business is going to be.

Oh yeah, and it comes as no surprise to me that the independent record stores are doing better than the larger chain stores, that stock up on what the major labels send them…